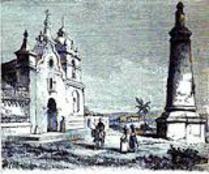 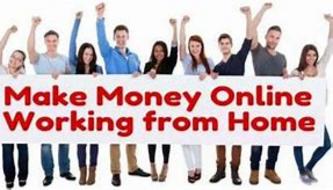 One of the best kept secrets in Honduras is the Colonial City of Gracias, one of Honduras's most historic towns. Founded in 1539, many colonial era buildings in Gracias remain standing today. Three colonial churches stand within the center of the city, San Sebastian, Las Mercedes and San Marcos, with a fourth one, Santa Lucia close by in a neighboring village.

The landscape around Gracias is extremely mountainous, with heavily forested areas surrounding the city. Located at the foot of the Montaña de Celaque, the highest peak in Honduras at 2,880m above sea level, and home to the a National Park that bears the same name, this area boasts one of the largest tracts of cloud forest left in Central America, and is one of Honduras's most pristine parks.

A visit to Celaque National Park, one of the nation's finest, is a must for anyone who enjoys nature. A nine kilometer dirt road leads from Gracias to the park's entrance and visitor's center. There is an entrance fee of US$2 payable at the entrance. There is no public transport to the park, but a car can be hired in Gracias.

Hikers will enjoy ascending the principal trail through one of the largest existing stands of cloud forest in Central America to Celaque's 2,849 meter (9,347 foot) summit, Honduras's highest.

The cloud forest is a great place for wildlife observation, including the beautiful and elusive quetzal. Others, content to enjoy a walk in the forest, can return to Gracias and relax in the nearby hot springs southeast of town.

In the neighborhood of Gracias are several small communities with some of the largest concentration of Native Indian population in Honduras. Of these the most significant in the area are the Lencas. There is a good production of handicrafts in the region, the most outstanding being ceramics manufactured by the Lencas.

In Copan, in a land known today as Honduras, the Maya-Toltec culture was born 3,000 years before Christ while Europe was still considered a land of barbarians. Scientists consider the Maya-Toltec civilization to have become the most developed indigenous culture in the world. Without a doubt, it was the most advanced in Middle America. The Mayan Ruins of Copan's Pyramids, temples, and stone monuments justify the claim.

In Copan the Mayan structures date back to at least 1000 years BC. Nevertheless, in the 10th century AD, this colossal metropolis of 3,450 buildings and more than 15,000 inhabitants was mysteriously abandoned. The Copan Valley is the site of some of the most important sources of information on the ancient Maya civilization.

The archaic city of Copan has always been referred to as the most artistically advanced and elaborate of all the Maya cities. The principal attractions are the main park, Las Sepulturas, Los Sapos, the museum located in the town, and the 'tree stones' or stelae surrounding the valley.

The Copan Ruins are located in the western part of Honduras in the Department of Copan. The capital of this Department is the city of Santa Rosa de Copan, formerly known as "Los Llanos". Copan is the archeological city located south of the whole geographic area.

And it is where the great Mayan Civilization developed and flourished. San Jose de Copan, situated one kilometer from the principal group of ruins in this archeological zone, is a modern town which was founded during the last century and at present is called "Copan Ruins".